Concluded a successful sampling expedition in the Aeolian Islands

From September 7-14, 2019 our team headed out to the Aeolian Archipelago for a sampling expedition. The island are volcanoes formed by the subduction of the Ionian plate under the Calabria peninsula, and are extremely active with numerous on land and underwater secondary geothermal manifestations. In just under a week the team sampled 8 new sites in four different islands (Salina, Vulcano, Lipari and Panarea), both on land and underwater. In every island we tried to follow a land-to-sea transect, crossing geothermal features likely feed by similar volatile reservoir but sustaining very different microbial communities. 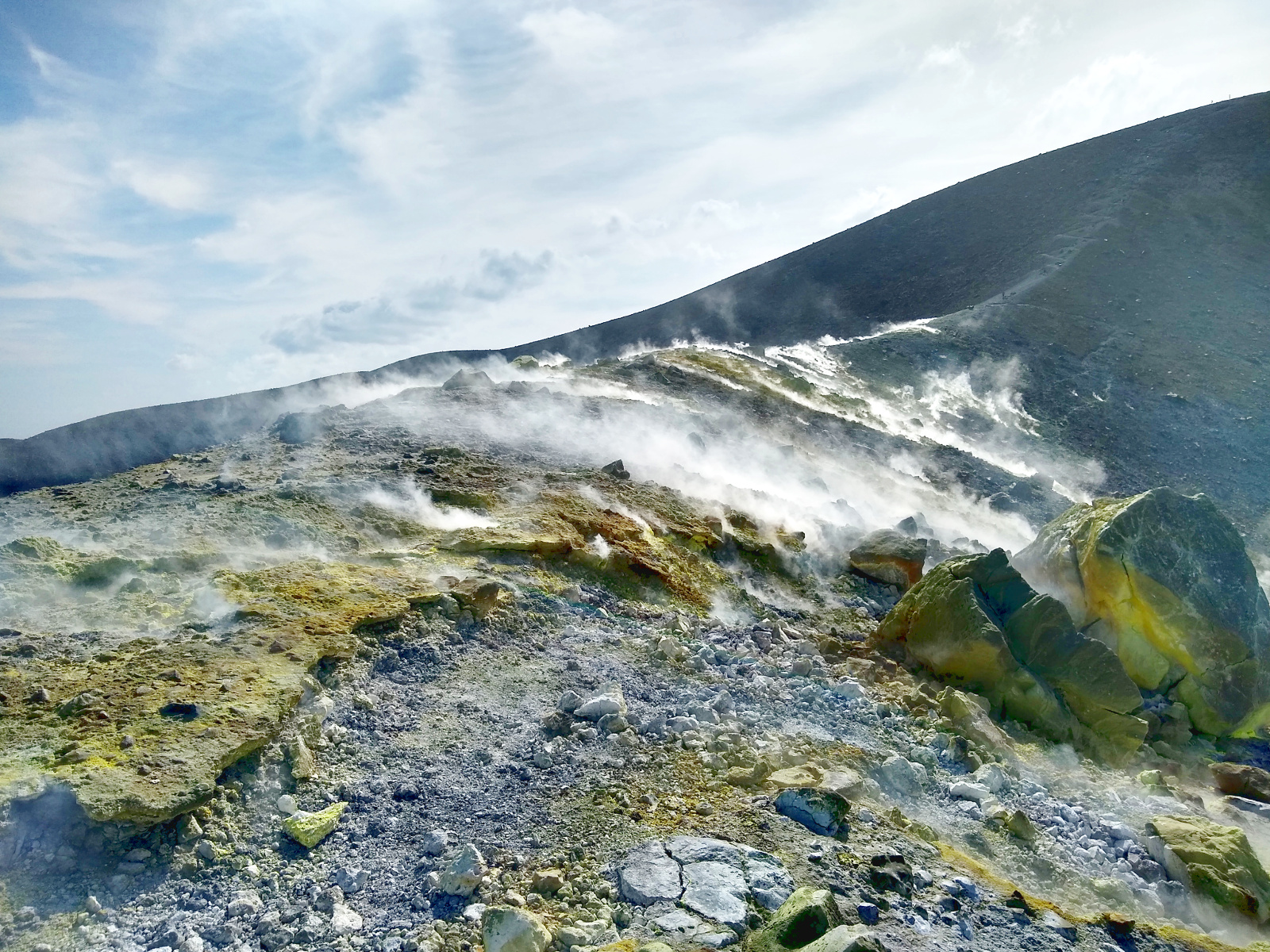 The view of the fumaroles inside the crater of the island of Volcano, Sicily. Vapour temperature during the sampling was ~95°C. Picture credit D Giovannelli. See the INGV (the Italian Volcano Observatory) live webcam of the crater.

The sampling expedition, in collaboration with Giulia Bernardi of the Blue Marine Foundation and the Aeolian Island Preservation Funds aimed at mapping the diversity of microbial communities present in the different geothermal environments, and included few days of exploration of new sites. Joined the team also Prof. Costa Vetriani from Rutgers University (visit his website here). This was also the first extreme environment sampling expedition for our lab member Michele Intoccia, Martina Cascone, Rosaria Capuozzo and Alessandra Ferrillo.

The samples, part of a growing set of samples collected globally in volcanic areas and shallow-water hydrothermal vents (see our recent publications Barry et al., 2019 Nature and Giovannelli and Price, 2018 Encyclopedia of Ocean Sciences, will be analyzed by Alessandra Ferrillo as part of her Master thesis. Additional samples have been also collected for our partner laboratories, including Mustafa Yucel (METU, Turkey), Shaunna Morrison (CWI, USA) and Mayuko Nakagawa (ELSI, Japan). 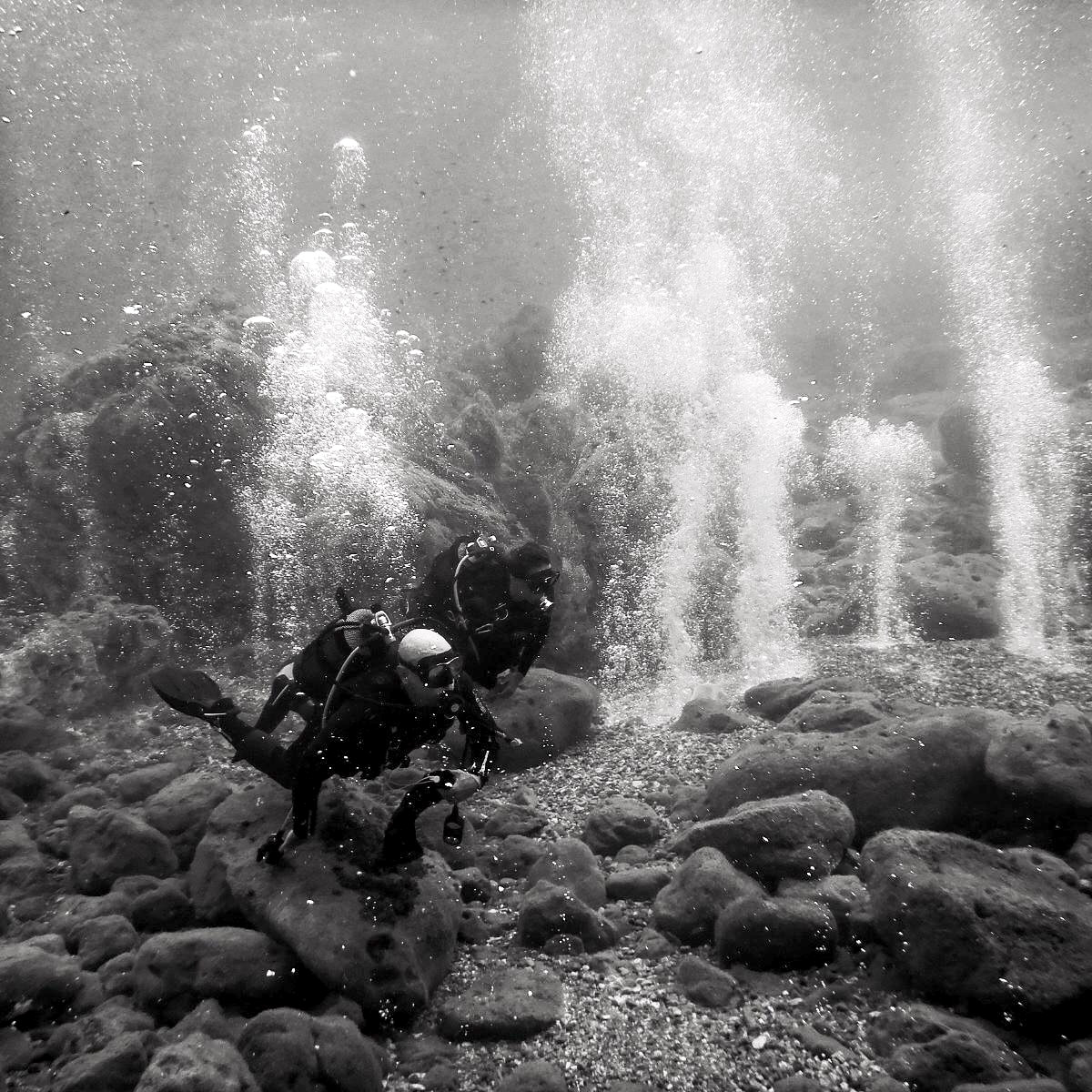 Underwater view of the shallow-water hydrothermal vent activity in Bottaro, near Panarea. The degassing is vigorous in the area and amazing microbial mats composed of sulfide-oxidizers coat all the rocks nearby. Picture credit G Bernardi.

FEATURED: A view from the top of the Crater in the island of Volcano. All the other islands are visible. Starting from the left Alicudi, Filicudi, Salina, Lipari, Panarea and Stromboli. Picture credit D Giovannelli. For more pictures from the expedition check out our instagram feeds.

View of the crater of Volcano Island. The area is doted with fumaroles. On the right side our team while sampling the microbial communities associated with the gas emissions. Picture credit D Giovannelli.